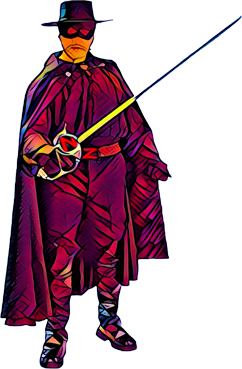 The reason 95% of you are skeptical is because you haven't yet read the "How It Works" page. But we get it, it's long! So here are some helpful shortcuts to the...
TOP 10 THINGS THAT SKEPTICS SAY
1. "Sounds like a pump and dump scheme which will ultimately collapse causing people to lose money"
This critique makes no sense because every time our campaigns lead to an increased stock price we continue holding it for years in the future. Plus, in contrast to meme stocks like GameStop (pumped by Reddit) our focus is on increasing the fundamental value of companies, such that the broader market agrees that the value of the company has, in fact, increased. If we succeed at that, there's no reason for the stock price to collapse afterwards. Listen to this police officer:

For the casual observer who assumes Trick or Treat must somehow be sketchy👮🏻‍♂️ pic.twitter.com/6wZ0hPRKpu

2. "I don't believe you can move stock prices"
To explain why I think our model will succeed at moving stock prices, I should explain why, for most publicly-traded companies, OUR MODEL WILL NOT WORK. Listen to the raisin:

The thread is not complete without a costumed video summary pic.twitter.com/rjmw1Mve9R

3. "Do-gooder things never make money because that's just the way the world works"
No one has ever done anything remotely similar to what we are doing, so it's foolish to compare us with things that are unrelated. I am not going to make claims about how good our future returns are going to be. You are going to do that yourself, using this spreadsheet.
4. "Sounds like illegal market manipulation"
All cases of illegal manipulation involve some sort of dishonesty or deception. This is clear from the Supreme Court’s 1985 decision in Schreiber v Burlington Northern. As long as we are honest, transparent, and fully disclose what we're doing, the law says that it is not manipulation.
5. "ESG sucks, therefore you suck, probably"
Yes, most ESG does suck. ESG funds are mostly full of it. We are climate activists, but have a totally different approach from most ESG funds:
6. "You need many billions of dollars before your buying and selling activity will matter to big companies"
Our buying and selling activity is totally irrelevant. The way we express power is completely based on our ability to change brands. How much stock we are buying or selling has nothing to do with brand impact. In theory, we could succeed at changing companies without even buying a single share of stock.
7. "You need many billions of dollars before your shareholder votes will matter to big companies"
Again, this is totally irrelevant because we don't do shareholder voting or board governance. Unnecessary distraction.
8. "Sounds like insider trading"
Here's what would be insider trading: We make a highly-specific demand of a company, and ask them to privately tell us their yes/no answer so we can trade off that information before it's announced. Their answer would be MNPI, thus insider trading. Instead, our model is that we give them a broader challenge, and they publicly announce their response to the world. Anyone can trade off their response. Then our commission votes to "trick" or "treat", and the result of that vote is the secret information advantage which enables us to outcompete other investors. It's legal for us to trade based off of this because it's our own information, not the company's information.
9. "If this fund is governed by a huge mob of thousands of amateur activists it will make terrible decisions"
Correct. Our members will have the power to influence various decisions, such as what sort of climate solutions we focus on. But they will NOT have a role in:
Those activities will only be done by experts.
10. "I don't know... it's just such a crazy idea, an unserious brand, a costumed founder with no Wall St experience, the populist energy... I can't put my finger on any reason why this wouldn't work but it just intuitively FEELS like it shouldn't work"
Our entire investment thesis is based on commanding massive attention and cultural influence. Everything about our approach is designed to enable us to potentially be worthy of that level of attention. If we were the same as anything else out there, we would fail. It makes sense that you don't know what to make of us. How could you? Nothing like this has ever existed! But as an observer of how the world is changing you can probably see that if a fund were to be backed by a huge, influential, and highly-engaged base of supporters, that would be a bullish signal.
‍
Right now this is just a website and community. That's step one. Today there is no fund. Later we will hire very serious money managers and release a very serious prospectus and no one is allowed to invest in our fund until all of that is in place. So I invite you to reserve judgment until then and for now just join our community. It'll be fun. 🎃
Anything else on your mind?
Think companies will accuse us of racketeering? Worried about people losing their jobs after a trick? All this is discussed on the "How It Works" page. If you have more questions you can ask them in our community or on Twitter.